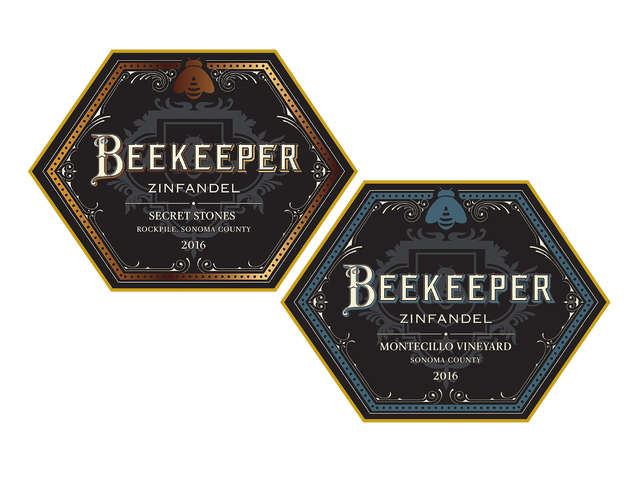 This pack includes three (3) bottles of our Secret Stones, Rockpile Vineyard 2016, and three (3) of the Montecillo Vineyard 2016. Every season we show off Zinfandel's power to rise above other varietals with intelligent investments in quality and care.

The 2016 Secret Stones was a beast at bottling, and it is now nearing it's prime level of maturity; we love this wine with 5 years under its belt. Our estimation has been that in 2021, it will have reached its' zenith, and with that time right around the corner—one of the most magnificent wines we have managed to produce will start coming out of our supporters' cellars and wowing them at the table.

The Montecillo Vineyard was just as ideally realized in 2016, with some of the most attractive conditions we have seen in our time winemaking. The first vintage that we implemented the use of the T4 French Oak barrel showed a quick return on investment—the balanced nature and purity of this wine are sublime, and will only continue to refine over time.

It has been rightly said that wine is a living thing that changes for good and bad over time, that it undergoes phases of advance and retreat, yet experience teaches that those changes, such as they may be, are almost never fundamental. A revised review, while very rare, is not without precedent here at CGCW, but we can categorically say that this month’s reprised tasting of the 2016 Beekeeper Secret Stones Zin is a happy, three-star surprise, and those who managed to put a bottle or two away will be more than happy that they did.

Also straight-up thrilling stuff, the 2016 Zinfandel Secret Stones includes slightly more Petite Sirah (20%) and comes all from the Rockpile Vineyard. Aged 15 months in 25% new French oak, it’s a full-bodied, deep, rich 2016 that has plenty of intensity in its blackberry fruit and notes of ground herbs, pepper, licorice, and hints of graphite. With fine tannins and a seamless texture, drink it over the coming decade or more.

Zinfandel is rarely the recipient of the kind of swollen prose and lofty scores that are routinely thrown Cabernet Sauvignon’s way, but we suspect that even the fussiest collector of trophy wines will rethink their opinion of the variety when met with an example as deep and wonderfully well-crafted as the latest Beekeeper is. While very rich and long on exceptionally pure varietal fruit, the wine is already showing uncommon finesse and tailoring, and it is destined to age famously and grow ever more involving over the course of the next five to ten years. It is most definitely a 'keeper' and deserves a place in the cellar of every serious Zinfandel devotee.

"The 2016 Zinfandel Montecillo Vineyard (there’s 5% Petite Sirah) is a classy, medium to full-bodied, elegant Zinfandel that has lots of classic blue fruits, cedar, and white pepper aromas and flavors. Aged 15 months in 25% new French oak, it has a great texture, terrific overall balance, and is a sensational Zinfandel from this great vintage."

Valued at $440. No substitutions permitted.

These wines will ship on November 11th, weather permitting.

Add to Cart
RETURN TO STORE